There’s nothing like warm, hearty soup when there’s a chill in the air. Whole30 Instant Pot Potato Soup is made with tons of bacon, potatoes, and other veggies. It's dairy-free and still creamy since it's made with coconut milk! There's also a slow cooker variation in case you don't have an Instant Pot.

If you're new to the instant pot, or you just want some advice from someone who's already made this recipe, I've listed a couple quick tips to follow below. I also have instructions for how to make this in the slow cooker as well.

How to Make it the Slow Cooker Instead

This recipe can easily be made in a slow cooker, you'll just need to do a few things in another pan.

What Brand of Bacon is Whole30?

I like the Pederson's brand if I'm on a strict Whole30 because it's nitrate, nitrite, soy and sugar free, so there's nothing inflammatory in the seasoning process.

Make it Quick or Make it Smooth

If you prefer a smoother blend, like a lot of other potato soups, you'll want to ship out your trusty emersion blender or use an actual blender in 2 batches.

I would not suggest freezing this soup. Potatoes tend to hold water when freezing, become discolored and grainy. The good news is, this soup will stay good in the fridge after making it for up to 5 days. 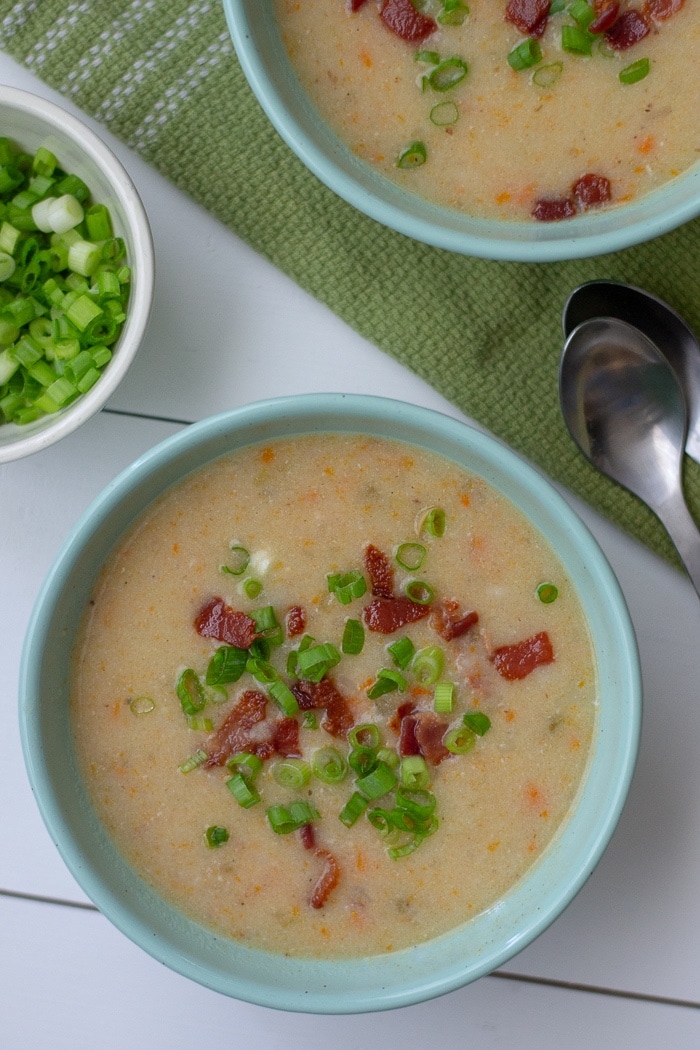 PIN IT NOW, MAKE IT LATER!

« Cheesy Chicken, Broccoli And Quinoa Casserole
DIY Guide: How to Install Board and Batten Moulding »